Which New Gift Pokemon Are There? 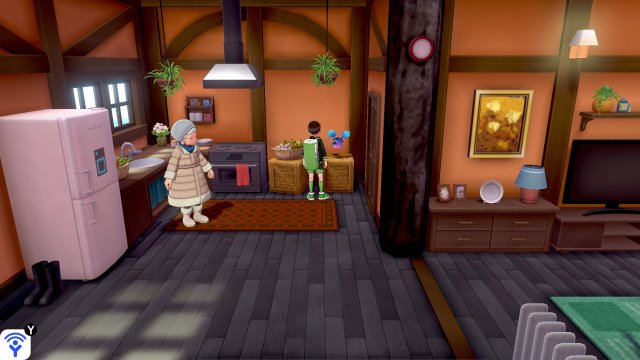 Much like the Isle of Armor and Pokemon Sword & Shield as a whole, the Crown Tundra has a number of Gift Pokemon for players to obtain. These Pokemon come at not cost to trainers, but they do, however, have certain requirements that must be met in order to be obtained. Unfortunately, the number of Gift Pokemon in the Crown Tundra is quite low, so trainers should take full advantage of them while they can.

Crown Tundra Gift Pokemon
Cosmog: After completing all of Peony's Adventures, one of the townspeople in Freezington will gift you with a Cosmog for sacving the town in The Sacred Bonds Of Sovereign And Steed Story. This Cosmog will come at Level 5, eventually evolving into Solgaleo in Pokemon Sword or Lunala in Pokemon Shield.

Poipole: After completing all of Peony's Adventures and having captured at least five Ultra Beasts in Dynamax Adventures, a Poipole will suddenly appear in the Max Lair. The scientist that runs the things in the Max Liar will offer for you to have it as it continues to get away from her. This Poipole comes at Level 20, and it will eventually evolve into Naganadel. This is the only way to obtain both Poipole and Naganadel.
Next Page
Which New Attacks Are There?
Previous Page
How To Evolve Newest Galarian Forms?
Top of
Guide
Guide Menu
Verdict:
Very Helpful OK Not Useful

What is the highest level a Pokemon will listen to you after each gym?
Pokemon sword and shield gba android cheats
How to catchother trainers Pokemon?
How do I fly in Pokemon Sword/Shield?
How to get zacians held item in Pokemon shield
Anything missing from this guide?
ASK A QUESTION for Pokemon Sword and Shield

Comments for Which New Gift Pokemon Are There?