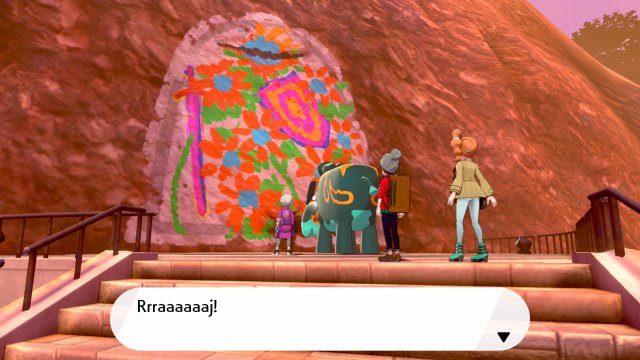 Walkthrough
After defeating the Stow-on-Side Gym, you will hear a massive crash coming from the historical monument at the northern portion of the town. You and Sonia will head there immediately, only to find Bede trying to destroy the monument with a Copperajah. In order to stop him from doing so, you will have to defeat him in battle.

After defeating Bede, Chairman Rose and Oleana will arrive. Rose will be upset at Bede for taking his Copperajah in order to attempt to destroy a historical site in The Galar Region. Even though Bede will attempt to say he was actually doing the right thing, Rose will disqualify him from participating further in the Gym Challenge. Rose and Oleana will leave, and Bede will be sent back to Hammerlocke. Once the three have left, the monument will crumble, and you and Sonia will learn a little more about the history of the Darkest Day and the Galar Region King Heroes.