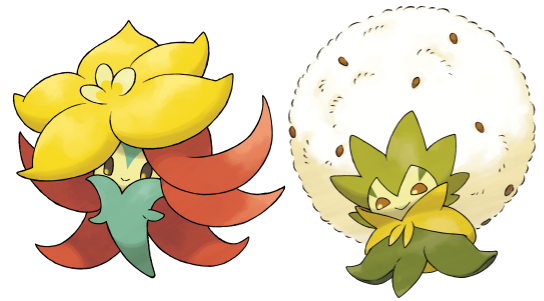 During the June 2019 Pokemon Direct, a number of brand New Pokemon were revealed that will make their debut in Pokemon Sword & Shield. Two of these Pokemon were Gossifleur and Eldegoss, the first Evolution Chain announced to be found in The Galar Region. These two Pokemon both resemble stages of a blooming flower, each having the Abilities of Cotton Down and Regenerator. Cotton Down is a brand new ability to the World of Pokemon, one that lowers the Speed of an opposing Pokemon when an Attack lands of either of these two Pokemon.