When To Use Master Ball? 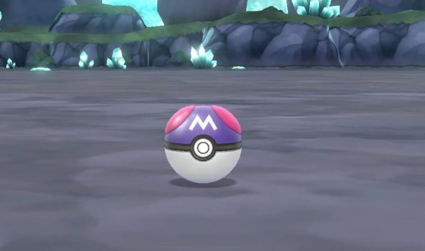 Unlike previous Mainstream Pokemon Games, you won't obtain the Master Ball (unless by random chance with the Lottery) until the Post Game. After eventually obtaining it from Magnolia, there won't be that many Pokemon to use it on. You'll already have captured Eternatus during the Main Story, which means the next strongest Pokemon you'll come across will be Zacian (Sword) or Zamazenta (Shield). Each Cover Legend will be encountered near the end of the Post Game, and both will be at Level 70. There is no stronger Wild Pokemon than these two in both Pokemon Sword & Shield, making them really the only possible Pokemon to use the Master Ball on.

However, with that said, Zacian/Zamazenta can, in fact, still be caught using an Ultra Ball, meaning players don't actually have to use the Master Ball on them if they don't desire to do so. Of course, players should always consider using their Master Ball on a Shiny Pokemon if they want a guarantee capture. But outside of a Shiny Pokemon, since there really aren't that many other options, players would be wise to simply use it on Zacian/Zamazenta.
Next Page
Where Is The Pokemon Daycare?
Previous Page
What Is The Best Pokemon Team?
Top of
Guide
Guide Menu
Verdict:
Very Helpful OK Not Useful
Anything missing from this guide?
ASK A QUESTION for Pokemon Sword and Shield

Comments for When To Use Master Ball?