How To Get Both Solgaleo & Lunala? 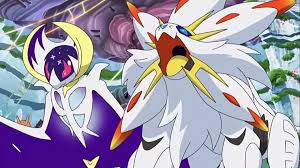 After you have completed all three of Peony's Adventures and have officially finished the Crown Tundra Story, one of the townspeople of Freezington will gift you with Cosmog in thanks for saving the village from either Glastrier or Spectrier. If you are playing Pokemon Sword, this Cosmog will eventually evolve into Solgaleo. Conversly, if you are playing on Pokemon Shield, this Cosmog will become Lunala once fully evolved.

This may seem like you can't obtain both Solgaleo and Lunala on the same game without transferring or trading, but that isn't actually the case. First off, you can find both Solgaleo and Lunala as the Final Boss Pokemon in Dynamax Adventures on the Crown Tundra. It will take loads of time to find both using this method; however, it is possible. There is also another method players can use, one that involves buying both Pokemon Sword & Shield and their given Expansion Passes, which is actually much easier to orchestrate if you have the time to do so. By following these simple steps below, you will be able to own both Solgaleo and Lunala on the same game without having to chance it with Dynamax Adventures!

3) Purchase the Expansion Passes for both Pokemon Sword & Pokemon Shield

Steps
1) After completing the Crown Tundra Story in Pokemon Sword and having obtained Cosmog, fully evolve it into Solgaleo.

4) Log into Pokemon HOME with the other version and withdraw the Pokemon you just deposited with your other game.

5) Enjoy using both Solgaleo and Lunala within one of your games!

Comments for How To Get Both Solgaleo & Lunala?