How To Get Galarian Zapdos? 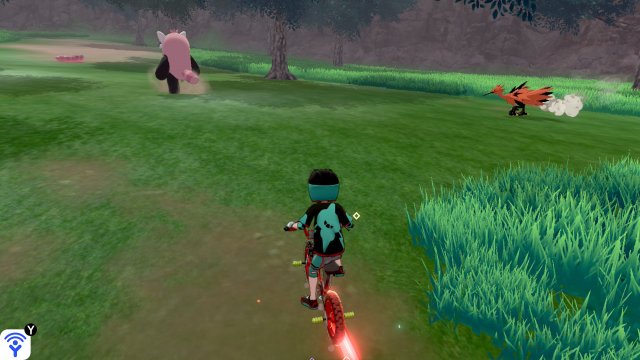 Players will have the opportunity to find and capture Galarian Zapdos while undertaking Peony's Legendary Clue #3, the same he calls A Legendary Tree Of A Legendary Three, which focuses around the Galarian Legendary Bird Trio. At the far southern tip of the Crown Tundra is Dyna Tree Hill, home to a giant red Dynamax Tree. As you arrive to said tree, you will see Galarian Articuno, Galarian Zapdos and Galarian Moltres, with the three quickly attacking each other. However, just as they begin to battle, the three will notice your trainer and then disperse in different directions.

Unlike the other two Galarian Legendary Birds, Galarian Zapdos will roam the original Wild Area of Pokemon Sword and Shield in the middle of The Galar Region. Finding Galarian Zapdos is pretty simple, as all one must do is fly to the Meetup Spot and enter the Wild Area to see it. Once you find Galarian Zapdos, it will attempt to flee from you. Make sure to be of your bike so you can keep up with it. Eventually, Galarian Zapdos will begin to slow down due to exhaustion, allowing you to go into battle with it.

Galarian Zapdos will be at Level 70, knowing the moves Thunderous Kick, Drill Peck, Reversal, and Focus Energy. Since Galarian Zapdos isn't the strongest Pokemon in the Crown Tundra, it is recommended not to use your Master Ball on it. Instead, stick to using Ultra Balls. Galarian Zapdos can be weakened for easier captures by lowering its HP and paralyzing it.

Comments for How To Get Galarian Zapdos?