How To Get Max Mushrooms? 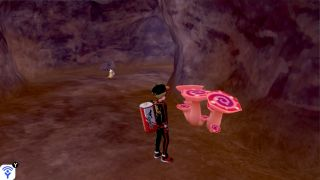 So, if you're looking find and obtain every Gigantamax Form, it appears you will need to participate in loads of Max Raid Battles. Not only will you have the chance at finding Gigantamax Pokemon in Max Raid Battles, but you will also be able to stock up on Max Mushrooms so you can make Max Soup to obtain the same! There are exactly thirty-one different Gigantamax Forms to obtain now, which means only ninety-three Max Raid Battles (or less) will need to be completed in order to obtain each and every last one of them.
Next Page
How To Get The Mark Charm?
Previous Page
How To Get Armorite Ore?
Top of
Guide
Guide Menu
Verdict:
Very Helpful OK Not Useful

Comments for How To Get Max Mushrooms?