How To Easily Defeat Mustard? 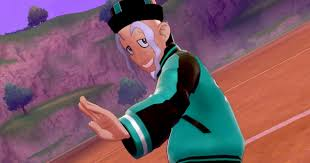 Dojo Master Mustard is one of the few trainers you will actually battle when on the Isle of Armor. Actually, you will battle Mustard at three different times during the Main Story. Your first battle with Mustard will happen immediately after you arrive to the Master Dojo on the Isle of Armor. Mustard will only own two Pokemon, Mienfoo and Shinx, making him pretty easy to defeat in your first Encounter with him regardless of what Pokemon are in your Party. The same can pretty much be sad for your second battle against Mustard as well, which will take place at the top of either the Tower of Darkness or Tower of Waters. There, you will have to defeat Mustard with your Kubfu against his Kubfu. As long as you Kubfu is over Level 70 and has the move Aerial Ace (which is learns while leveling up), you should be able to take down Mustard again with easy.

Truly, the only battle Mustard will give you some difficulties is at the very end of the Isle of Armor Story. In this battle, Mustard has a full Pokemon Party with Pokemon all at Level 73 or above. He will own a Mienshao, Luxray, Lycanroc, Corviknight, Kommo-o, and Urshifu (the Form opposite of yours, the same that will be able to Gigantamax). In order to defeat him this time around, it would be wise to have a strong Fairy Type Pokemon, as his Mienshao, Kommo-o and Urshifu are all weak against Fairy Type Attacks. It would also be smart to have a Ground Type Pokemon on your Team, as both his Luxray and Lycanroc are weak against those types of attacks. That leaves only his Corviknight to be planned for, the same that is weak against Fire and Electric Type Pokemon & Attacks.
Next Page
How To Easily Defeat Honey?
Previous Page
How To Easily Defeat Avery?
Top of
Guide
Guide Menu
Verdict:
Very Helpful OK Not Useful

Comments for How To Easily Defeat Mustard?