What Are Surprise Dynamax Battles?

Pokemon Sword and Shield Walkthrough and Guide by warrior13
Added: Oct 29th, 2020
SWIT
Add Stuff / Ask Questions
Home Guides Pokemon Sword and Shield
Thank you for printing this page from www.SuperCheats.com.Remember to come back to check for updates to this guide and much more content for Pokemon Sword and Shield
Print this pageMore Guides
Next Page
What Are Mystery Gifts?
Previous Page
What Is Footprints Hunting?
When traveling through the Isle of Armor, you will eventually be thrown into what is now being called a Surprise Dynamax Battle with Vespiquen while searching for Sticky Honey with Hop. This feature continues on the Crown Tundra, as there are two different Surprise Dynamax Battles to be found. The first is with Regigigas by activating the Empty Pokemon Den in the Giant's Bed, done so by having all five of the Regi Legendary Pokemon in your party. The second is with Greedent, done by shaking the giant red tree in Dyna Tree Hill after the Galarian Legendary Birds flee it. Regigigas has the chance to be captured, while Greedent does not (but you will be rewarded greatly with berries for defeating it). 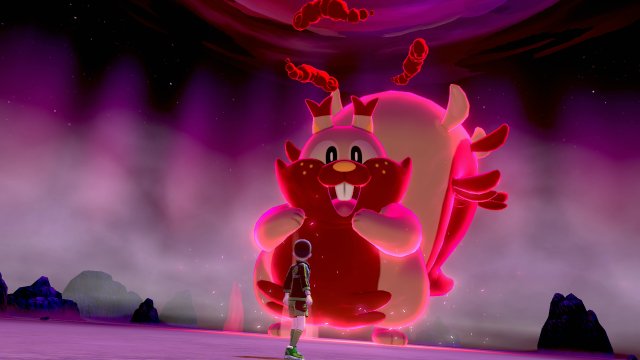 Next Page
What Are Mystery Gifts?
Previous Page
What Is Footprints Hunting?
Top of
Guide
Guide Menu
Verdict:
Very Helpful OK Not Useful

What is the highest level a Pokemon will listen to you after each gym?
What is the code for infinite money?
What are the best ways to level up ?
Anything missing from this guide?
ASK A QUESTION for Pokemon Sword and Shield

Comments for What Are Surprise Dynamax Battles?