The Isle of Armor Dojo

Pokemon Sword and Shield Walkthrough and Guide by warrior13
Last Updated: Jun 13th, 2020
SWIT
Add Stuff / Ask Questions
Home Guides Pokemon Sword and Shield
Thank you for printing this page from www.SuperCheats.com.Remember to come back to check for updates to this guide and much more content for Pokemon Sword and Shield
Print this pageMore Guides
Next Page
New Move Tutor & Attacks Revealed
Previous Page
New Items & Features Coming
On the Isle of Armor is a Dojo run by none other than a trainer known as Mustard. It is here you will meet Kubfu and will ultimately begin your journey to the Tower of Two Fists with it; however, the Dojo has much more to it than that, most noticeably allow players to battle within it. At the Dojo, there is Restricted Sparring which provides specific battles for players to participate in. As the name suggests, however, certain Pokemon are restricted from being used at the Dojo, and various battle conditions will also apply. 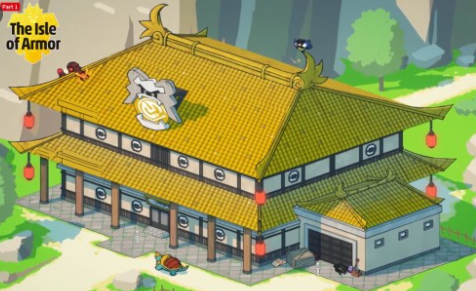 Comments for The Isle of Armor Dojo