Which New Abilities Are There? 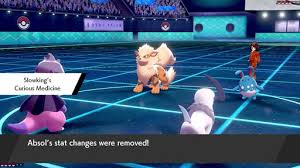 Since there are a number of New Pokemon introduced in the Crown Tundra, it should come as no shock that there are a couple of new Pokemon Abilities as well. In all, there are six New Abilities introduced to the World of Pokemon. The first belongs to Galaian Slowking and is called Curious Medicine, which removes stat altercations to Galarian Slowking's allies when sent into battle. The next belongs to Regieleki and is called Transistor, which increases the power of Electric Type Moves by 50%. Another belongs to Regidrago and is called Dragon Energy, and, similarly, increases the power of Dragon Type Moves by 50%.

Next Page
How To Get Zacian?
Previous Page
Which New Attacks Are There?
Top of
Guide
Guide Menu
Verdict:
Very Helpful OK Not Useful
Anything missing from this guide?
ASK A QUESTION for Pokemon Sword and Shield

Comments for Which New Abilities Are There?