What Is Diglett Hunting? 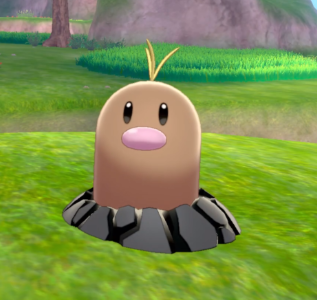 Diglett Hunting is a side quest for players to complete while exploring the Isle of Armor. On you way to the Master Dojo, you will come across an Alolan Diglett hiding in the ground. A trainer will arrive and ask if you could help him find all of the Alolan Diglett hiding across the entire Isle or Armor, a whopping 15 of them to be exact. If you can do so, he will reward you for your time and effort along the way.

In order to find all 150 Diglett apart of this side quest, you will need to keep an eye toward the ground at all times to see their hair sticking out. Some Digletts are harder to find then others, while others are easily spotted. Within the Fields of Honor, there are eighteen Diglett to be found. Within the Soothing Wetlands, there are another twenty Diglett you can find. There are another eight in the Forest of Focus, and another nine in Challenge Beach. There are seven Digletts in Brawlers' Cave, eight in Challenge Road, seven in Courageous Cavern, and seven in Loop Lagoon. Finally, there are fifteen Diglett in the Training Lowlands, three in Warm Up Tunnel, ten in Potbottom Desert, eleven in Workout Sea, seven in Stepping Stone Sea, six in Insular Sea, three in Honeycalm Sea, and eleven on Honeycalm Island.

Next Page
What Is Max Soup?
Previous Page
How To Upgrade Dojo?
Top of
Guide
Guide Menu
Verdict:
Very Helpful OK Not Useful

Comments for What Is Diglett Hunting?