How To Evolve Newest Galarian Forms? 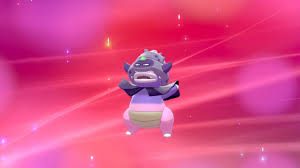 Out of the four Pokemon to receive a new Galarian Form within the Crown Tundra - Articuno, Zapdos, Moltres, and Slowking - only one of them has the ability to be evolved into. Obviously, this has to be Slowking, as the other three are Legendary Pokemon that cannot evolve. When you first purchase the Pokemon Sword & Shield Expansion Pass, an event will occur at the Wedgehurst Train Station. In this event, you will actually be able to catch Galarian Slowpoke. Even if you don't, Galarian Slowpoke is rather common on the Isle of Armor.

Comments for How To Evolve Newest Galarian Forms?