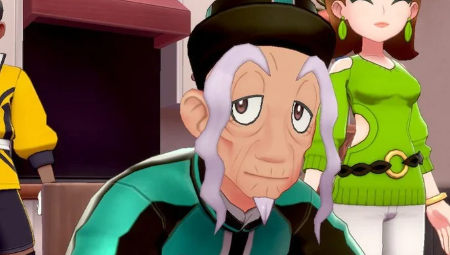 After arriving on the Isle of Armor, you will soon make your way over to the Master Dojo in order to be a student. Once there, you will be introduced with Mustard, the Dojo Master. In order to become his student, he will challenge you to a battle. After defeating him and becoming his student, Mustard will give you three Trials in order to earn his Secret Dojo Armor.

By doing so, Mustard will give you the Dojo Armor, which just so happens to be Kubfu. He will give you the new task of training and exploring with Kubfu in order for it to grow in strength and friendship with your trainer. After visiting all the places on your Town Map that Mustard has marked and have leveled up Kubfu to at least Level 70, Mustard will permit you to challenge the Tower of Two Fists. Whether you choose to climb the Tower of Waters or Tower of Darkness, Mustard will be the last trainer standing in your way of having your Kubfu evolve into Urshifu.

After obtaining Urshifu, Mustard will tell that it has a Gigantamax Form via a special Max Soup Recipe. Unfortunately, however, he won't remember what that entails. It will be up to you and Hop to figure it out, and after you do, Mustard will challenge you to a final battle. Defeat Mustard and his own Gigantamax Urshifu and you will complete the Isle of Armor Story.

Next Page
Where Is The New Move Tutor?
Previous Page
Who Is Honey?
Top of
Guide
Guide Menu
Verdict:
Very Helpful OK Not Useful
Anything missing from this guide?
ASK A QUESTION for Pokemon Sword and Shield

Comments for Who Is Mustard?