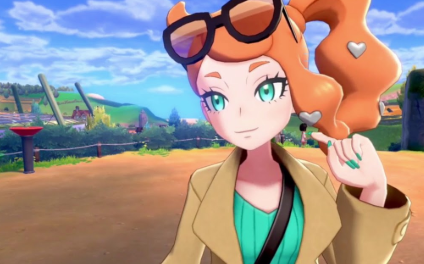 While you travel through The Galar Region, you will occasionally run into Sonia. She is the granddaughter of Professor Magnolia and is actually her Assistant, also being the old friend of Leon. Sonia will be the one to give you your Pokedex early in the game, and she will attempt to unravel the secret origin of both Zacian and Zamazenta when they prevented the Darkest Day from happening centuries ago as your own adventure progresses. Due to Professor Magnolia's age, you will, believe it or not, run into Sonia far more than the Professor. At the end of the game, Professor Magnolia will decide to retire and Sonia will become the next Galar Region Professor.

Later on in the Crown Tundra DLC, you will run into Sonia once again. She will be researching another of her theories, one that revolves around the Legendary Sword Trio. She will give you the side mission of finding all the Footprints each of these three Pokemon has made across the Crown Tundra, and after doing so, she will tell you where you can find each of them in order for them to be captured.

Next Page
Who Is Magnolia?
Previous Page
Who Is Leon?
Top of
Guide
Guide Menu
Verdict:
Very Helpful OK Not Useful
Anything missing from this guide?
ASK A QUESTION for Pokemon Sword and Shield

Comments for Who Is Sonia?