Pokemon Sword and Shield Walkthrough and Guide by warrior13
Last Updated: May 25th, 2019
SWIT
Add Stuff / Ask Questions
Home Guides Pokemon Sword and Shield
Thank you for printing this page from www.SuperCheats.com.Remember to come back to check for updates to this guide and much more content for Pokemon Sword and Shield
Print this pageMore Guides
Next Page
Cover Legend Rumors
Previous Page
Armored Evolution Rumors
In the May 2019 Issue of CoroCoro Magazine, it was further confirmed that Armored Mewtwo will be appearing in Mewtwo Strikes Back Evolution. For quite some time, many fans speculated that the trademark of the term 'Armored Mewtwo' would see Armored Evolutions become a brand new concept in the upcoming releases of Pokemon Sword & Shield. However, it was told in this issue of CoroCoro Magazine that this will NOT be the case. 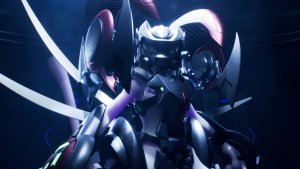 The issue states that this form of Mewtwo will be exclusive to only the remake of the first ever Pokemon Movie, in addition to a few selective promotional merchandise for the film. CoroCoro Magezine explicitly tells that Armored Mewtwo will not be seen in Pokemon Sword & Shield. Because of this, many fans now believe that the concept of Armored Evolutions as a whole won't be coming to these games.