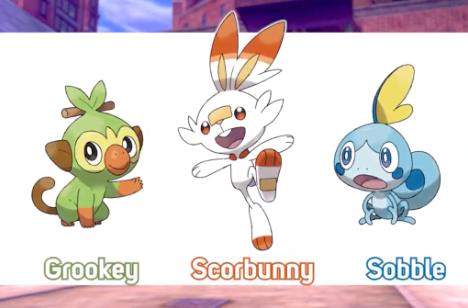 Like all previous Mainstream Pokemon Games, players will have the chance the choose among Grookey, Scorbunny and Sobble in order to travel with through The Galar Region as their Partner. With their Starter Pokemon, players will be tasked with defeating all the Pokemon Gyms that stand in their way of ultimately challenging the Pokemon League, as well as defeating the Antagonist Group of the Galar Region. (Players will only be able to obtain the two Starter Pokemon they don't select by Trade.)