Calyrex To Have Evolution?

Pokemon Sword and Shield Walkthrough and Guide by warrior13
Added: Sep 12th, 2020
SWIT
Add Stuff / Ask Questions
Home Guides Pokemon Sword and Shield
Thank you for printing this page from www.SuperCheats.com.Remember to come back to check for updates to this guide and much more content for Pokemon Sword and Shield
Print this pageMore Guides
Next Page
Two New Regi Legends
Previous Page
New Legendary Pokemon
After The Isle of Armor was released, a new theory about Calyrex having an evolution suddenly came into light. Some fans believe this will be the case since Kubfu, the Legendary Pokemon that The Isle of Armor was centered around, also has an evolution. However, this would only be possible if Calyrex turns out to be a Legendary Pokemon instead of a Mythical Pokemon. As you may know, Mythical Pokemon (which Calyrex is considered by most to be) can't evolve, and unless the Pokemon Company is suddenly going to change this, Calyrex would have to be simply a Legendary Pokemon. 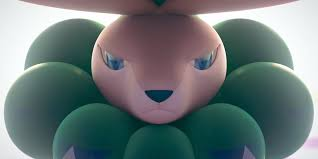 If Calyrex turns out to be a Legendary Pokemon, it would make sense for it to have an evolution (or at least a secondary form) since its Isle of Armor counterpart, Kubfu, had one. This would be all the more plausible if the fourth story of the Crown Tundra, The Sacred Bonds Of Sovereign And Steed, turns out to revolve around Calyrex. At the moment, Calyrex appears to be quite sovereign in nature, and an evolution or secondary form could see it complete the steed portion of said story.
Next Page
Two New Regi Legends
Previous Page
New Legendary Pokemon
Top of
Guide
Guide Menu
Verdict:
Very Helpful OK Not Useful
Anything missing from this guide?
ASK A QUESTION for Pokemon Sword and Shield

Comments for Calyrex To Have Evolution?