Where Is The Pokemon Daycare?

In all Mainstream Pokemon Games, the Pokemon Daycare is a key aspect. Here, you can leave your Pokemon for a small fee in order for them to be raised outside of your care. If two Pokemon of the same Species or Egg Group are left in a Pokemon Daycare together, they will even produce a Pokemon Egg that the Daycare Owners will gift to your trainer. In Pokemon Sword & Shield, this remains the same. 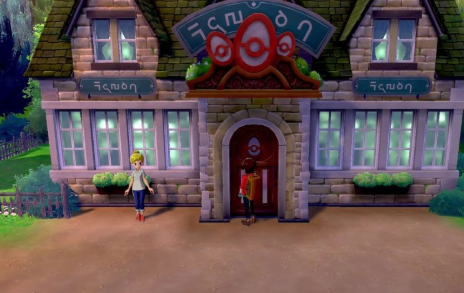 Unlike prior Pokemon games, however, there is not one, but two separate Pokemon Daycares that are known as Pokemon Nurseries. One is located on Route 5, while the other can be found in the middle section of the Wild Area. Both Nurseries function as Pokemon Daycares of the past, with all the same benefits as past versions. Pokemon Nurseries also have the added benefit of a flat fee for Pokemon to be left there instead of a fee based upon how long a Pokemon is left there, as well as Pokemon being able to pass along Egg Moves from one parent to another and not just their Egg Pokemon offspring.

Next Page
How To Get Charizard?
Previous Page
When To Use Master Ball?
Top of
Guide
Guide Menu
Verdict:
Very Helpful OK Not Useful

What is the highest level a Pokemon will listen to you after each gym?
How do you get the rusted sword in Pokemon shield
Hey. I live in Brasil and I don't have switch online. I've already caught 350 pokemons for my pokedex. There are missing 50 that I can't catch cause..
Where to get mints?
Pokemon sword and shield gba android cheats
How to catchother trainers Pokemon?
How do I fly in Pokemon Sword/Shield?
Anything missing from this guide?
ASK A QUESTION for Pokemon Sword and Shield

Comments for Where Is The Pokemon Daycare?