How To Get The Galarica Cuff? 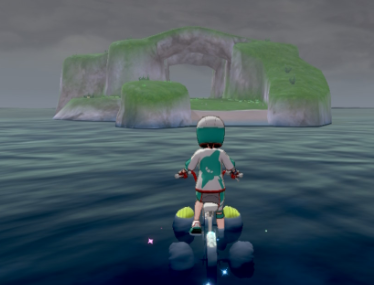 When you first purchase the Pokemon Sword & Shield Expansion Pass, a mini event will occur at the Wedgehurst Train Station. There you will see a Galarian Slowpoke and will meet Klara (Sword) or Avery (Shield), ultimately being able to capture the Galarian Slowpoke. Once you reach the Isle of Armor, you will also notice a bunch of wild Galarian Slowpoke roaming free on the beach areas. Suffice to say, Galarian Slowpoke is rather common and all players won't have any issues catching multiple of them should they so please.

How do I 'inspect cartographers conundrum'?
How to get cheat codes
Hey. I live in Brasil and I don't have switch online. I've already caught 350 pokemons for my pokedex. There are missing 50 that I can't catch cause..
How to get nature mints?
How do you collect the spot by the meet up spot
How to get infinte master balls
How to catchother trainers Pokemon?
Anything missing from this guide?
ASK A QUESTION for Pokemon Sword and Shield

Comments for How To Get The Galarica Cuff?