How To Get Pikachu? 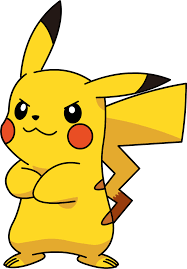 The Isle of Armor DLC wouldn't be complete if it didn't include a way to once again capture the face of the Pokemon Franchise, Pikachu. Sure, Pikachu was already available in Pokemon Sword & Shield before the Isle of Armor (being found in the wild on Route 4, Rolling Fields and Stony Wilderness, as well as in Max Raid Battles within the Giant's Cap, Giant's Mirror, Hammerlocke Hills, Lake of Outrage and Motostoke Riverbank), but you simply can never have enough of the furry friend of Ash Ketchum.

If you are looking to nap a couple more Pikachu in the Isle of Armor, then your in luck because there are quite a few locations one can find it. If you are trying to find Pikachu naturally in the wild, try looking in the Fields of Honor, Soothing Wetlands and Forest of Focus. Like all Pokemon found on the Isle of Armor, the Levels of Pikachu you find will depend on if you have completed the Pokemon Sword & Shield Main Story or not. Furthermore, Pikachu can be found within a number of Max Raid Battles across the Isle of Armor, including within the Fields of Honor, Forest of Focus, Challenge Beach, and Honeycalm Sea.

Whether you already have captured a Pikachu or are looking to do so when on the Isle of Armor, don't forget to bring a Pikachu by the Dojo Move Tutor. Pikachu is able to learn one of the New Attacks the Move Tutor can teach called Rising Voltage. This is a Special Electric Type Attack that has a Base Power of 70; however, if Electric Terrain is present within battle, the power doubles! This means that if Electric Terrain is present in battle, Pikachu's Rising Voltage will have a Base Power of 210 after calculating in the Same Type Advantage Boost - Incredible!

Next Page
How To Get Galarian Slowbro?
Previous Page
How To Farm Speed EVs?
Top of
Guide
Guide Menu
Verdict:
Very Helpful OK Not Useful

Comments for How To Get Pikachu?