How To Get Gigantamax Rillaboom? 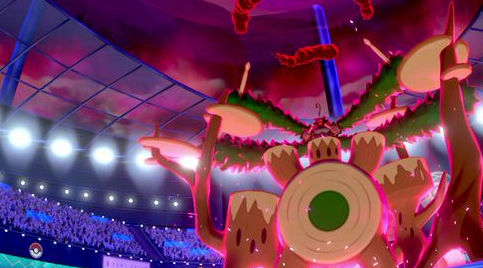 Instead, Rillaboom, Cinderace and Inteleon each have a different method rather than Max Raid Battles (like the other Gigantamax Forms) to obtaining their Gigantamax Forms. In order to get Gigantamax Rillaboom, you must create and give it Max Soup with the help of Mega Mushrooms. Since Rillaboom earns its Gigantamax Form via Max Soup, that means you can have any Rillaboom you have earn its Gigantamax Form. This is all the better as you can use the Max Soup on a Rillaboom with its Hidden Ability (which is the better of the two), rather than its Regular Ability like the Starter Pokemon chosen at the beginning of the game is locked in on having. It's a win/win!
Next Page
How To Get Gigantamax Cinderace?
Previous Page
How To Get Galarian Slowbro?
Top of
Guide
Guide Menu
Verdict:
Very Helpful OK Not Useful

Comments for How To Get Gigantamax Rillaboom?