Are There Any Battles In The Wild Area?

Pokemon Sword and Shield Walkthrough and Guide by warrior13
Added: Dec 11th, 2019
SWIT
Add Stuff / Ask Questions
Home Guides Pokemon Sword and Shield
Thank you for printing this page from www.SuperCheats.com.Remember to come back to check for updates to this guide and much more content for Pokemon Sword and Shield
Print this pageMore Guides
Next Page
What Are Dynamax Adventures?
Previous Page
What Is The Rotom Rally?
In the Wild Area, you will find many Non Playable Characters. Some of these characters will sell you items they found on the ground or by fishing for 100 Watts, but these items aren't all that rare. There are also staff members willing to sell you various items like TRs and Wishing Pieces in exchange for Watts as well. But when it comes to battling, there aren't that many trainers in the Wild Area looking for one. In fact, only one trainer in the entire Wild Area will actually face you in a battle. 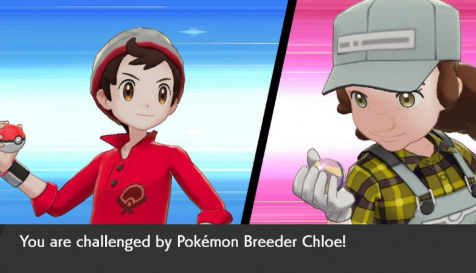 Next Page
What Are Dynamax Adventures?
Previous Page
What Is The Rotom Rally?
Top of
Guide
Guide Menu
Verdict:
Very Helpful OK Not Useful

What is the highest level a Pokemon will listen to you after each gym?
How do you get the rusted sword in Pokemon shield
Hey. I live in Brasil and I don't have switch online. I've already caught 350 pokemons for my pokedex. There are missing 50 that I can't catch cause..
Pokemon sword and shield gba android cheats
How to catchother trainers Pokemon?
How do I fly in Pokemon Sword/Shield?
How to get zacians held item in Pokemon shield
Anything missing from this guide?
ASK A QUESTION for Pokemon Sword and Shield

Comments for Are There Any Battles In The Wild Area?