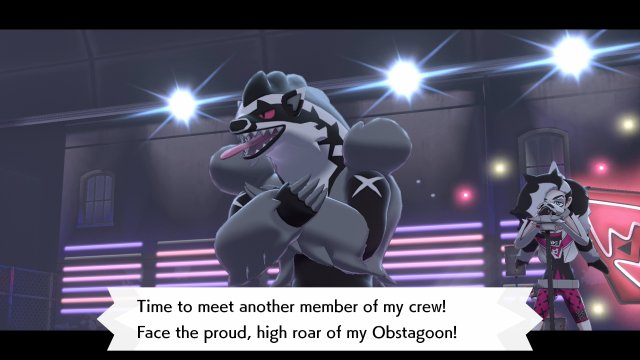 Gym Mission
The seventh Pokemon Gym in both Pokemon Sword & Shield is found in Spikemuth, and its a Dark Type Gym. At first, the gate to the city will be closed, but Marnie will help you get in the city. She grew up in Spikemuth, and her brother is actually the town's Gym Leader. He's also the leader of Team Yell, the same who just so happened to close the gate to city so Marnie would have a better chance at becoming champion. The Mission for this Pokemon Gym is simple: defeat all the Team Yell Members on your way to the Gym Leader so Mr. Mime removes its barriers.

Gym Stadium
After defeating the Mission, you will go on to face the Gym Leader, Piers. Like the Pokemon Gym, he is a Dark Type Trainer. He has four different Pokemon, but neither you or him will be able to Dynamax during battle since the city wasn't built in an area where it can be done.

By defeating Piers, you will earn Dark Badge. With it, you will have the ability to catch Pokemon up to Level 55. You will also receive TM85 (Snarl) and the Dark Uniform.

Now that you know about the seventh Pokemon Gym, Click Here to learn about the eighth and final Pokemon Gym you'll face!
Next Page
Hammerlocke Gym
Previous Page
Spikemuth
Top of
Guide
Guide Menu
Verdict:
Very Helpful OK Not Useful
Anything missing from this guide?
ASK A QUESTION for Pokemon Sword and Shield