What Are Max Raid Battles?

Pokemon Sword and Shield Walkthrough and Guide by warrior13
Last Updated: Dec 11th, 2019
SWIT
Add Stuff / Ask Questions
Home Guides Pokemon Sword and Shield
Thank you for printing this page from www.SuperCheats.com.Remember to come back to check for updates to this guide and much more content for Pokemon Sword and Shield
Print this pageMore Guides
Next Page
What Is Dynamax & Gigantamax?
Previous Page
What Are Pokemon Dens?
Max Raid Battles can be found within the Pokemon Dens that are scattered throughout the Wild Area. Max Raid Battles are Multiplayer Battles that sees four trainers trying to defeat a Raid Boss Pokemon that will always be either Dynamaxed or Gigantamaxed for the entire battle. Each Max Raid Battle will be against either a Common Pokemon or a more Rare Pokemon, with Red Beams (coming of the Pokemon Dens) denoting a more Common Pokemon while a Purple Beam signaling a more Rare Pokemon. 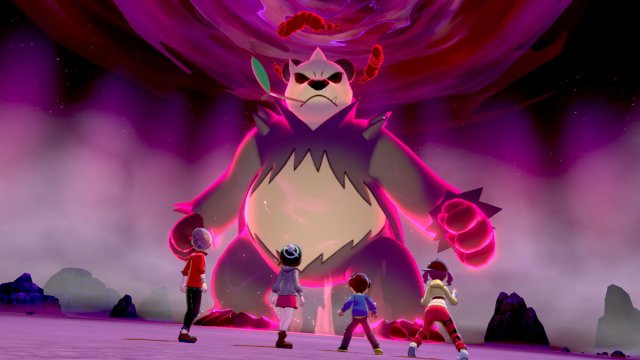 The Pokemon found in Max Raid Battles change every single day. The number of Max Raid battles you will find will carry over from one day to next, but if you defeat all the Max Raid Battles within a day, the next set of them will increase. Wishing Pieces can also be used to trigger a Max Raid Battle, be purchasable from Staff Members in the Wild Area and found by the Digging Duo. The Raid Boss Pokemon's nature, stats, ability and whether or not it's Shiny are predetermined when the Max Raid Beam appears. 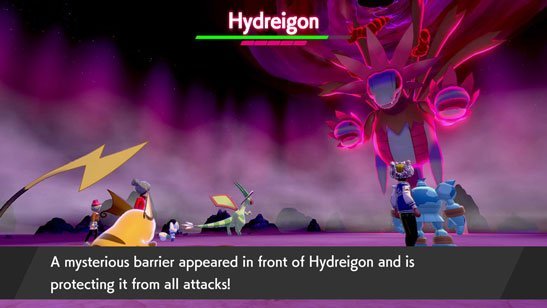 Four players will always challenge a Max Raid Battle, with only one player being able to Dynamax a Pokemon for three turns. If you can't or don't connect to the internet in order to find other trainers to assist in a Max Raid Battle, you can always select not to invite other players and the game will simply generate four Non Playable Characters to participate in the Raid. Max Raid Battles will only last ten turns or until four Ally Pokemon have been knocked out. Should this happen, the Max Raid Battle will immediately end. The stronger Raid Boss, the more Protective Shields it can also summon during a Max Raid. 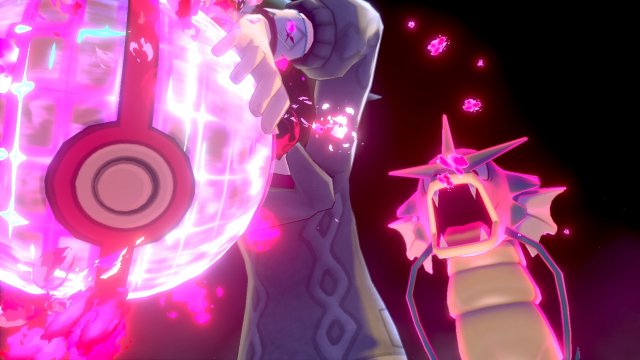 Should you defeat a Raid Boss, all participants will have the chance to capture it. If you participate in a Max Raid Battle Offline and use other Non Playable Characters, you will catch the Raid Boss 100% of the time. You will also have a 100% Catch Rate if you host a Standard Max Raid Online. All other Max Raid Battles, whether Online/Offline or Hosted/Participating, will see the Catch Rate of Raid Boss drop to either its Species Catch Rate or Base Catch Rate. 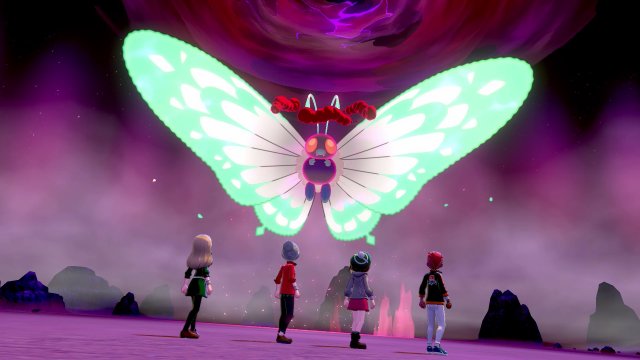 Certain Pokemon Attacks also cannot be used in Max Raids: Bug Bite, Curse, Destiny Bond, Explosion, Incinerate, Knock Off, Perish Song, Pluck, Self-Destruct, and Super Fang. Additionally, if an Ally Pokemon is knocked out during an Online Battles, those trainers can cheer on their teammates to help them receive given boosts while their Pokemon automatically recovers during that turn. Furthermore, Wi-Fi Events will happen over time that will see Increased Max Raid Spawn Rates for certain Gigantamax Pokemon.
Next Page
What Is Dynamax & Gigantamax?
Previous Page
What Are Pokemon Dens?
Top of
Guide
Guide Menu
Verdict:
Very Helpful OK Not Useful

Comments for What Are Max Raid Battles?