By warrior13
Print this pageMore Guides

How To Get Zacian?

SHARE
Next Page
How To Change Zacian's Form?Previous Page
What New Abilities Are There?
Last Updated: Nov 18th, 2019 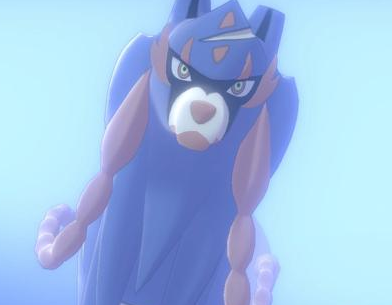 For those playing Pokemon Sword, Zacian can, in fact, be captured. However, unlike Cover Legendary Pokemon of the past, Zacian can't be captured until a player has finished the Main Story and has become the newest Galar Region Champion. After doing so, the Post Game will begin. After dealing with Sordward and Shielbert and their antics, players will eventually be able to battle both Zacian and Zamazenta near the conclusion of the Post Game. Since Zamazenta is the Cover Legend to Pokemon Shield and is exclusive to that game, it won't be able to be captured when battled. Zacian, on the hand, can be captured.

When battled at the summit of the Energy Plant, Zacian will be at Level 70 and in its Crowned Sword Form (since it will be equipped with the Rusted Sword). Since it will be in its Alternate Form, Zacian will be a dual Fairy / Steel Type (making it weak to only Fire Type and Ground Type Attacks). Zacian will know the moves Swords Dance, Sacred Sword, Crunch, and Behemoth Blade, and it will have its Attack Stat raised by one stage when the battle begins due its Intrepid Sword Ability.

Since Zacian is the final Legendary Pokemon you can encounter within Pokemon Sword, it would be wise to use your one and only Master Ball on it in order to guarantee its capture.

Comments for How To Get Zacian?