The Sacred Bonds Of Sovereign And Steed 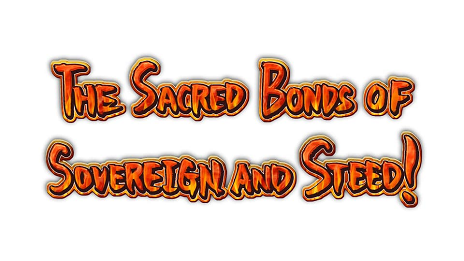 Also within The Isle of Armor Coding was the description of what appears to be four different adventures apart of the overall story within The Crown Tundra. As you may recall, players were said to go on various expeditions with the help of Peony and his daughter within The Crown Tundra, on their way to finding the mysterious Legendary Pokemon Calyrex.

One of these four expeditions is said to be called "The Sacred Bonds of Sovereign And Steed". When this was first leaked, most fans thought it would center around finding and capturing the Unova Swords of Justice Trio. However, this is almost certainly not the case since those Pokemon were not found within the coding for The Crown Tundra. Because of this, some believe this will be the final story of the DLC, revolving around finding and capturing none other than Calyrex.
Next Page
Glastrier & Spectrier Leaked
Previous Page
The Terrible Titans... Lurking Locked Away
Top of
Guide
Guide Menu
▼ CommentsVerdict:
Very Helpful OK Not Useful

Comments for The Sacred Bonds Of Sovereign And Steed