What New Abilities Are There? 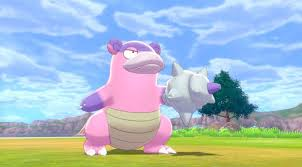 Since there are very few brand New Pokemon introduced in the Isle of Armor, it should come as no shock that there aren't many new Pokemon Abilities as well. Actually, there are only two brand new Pokemon Abilities, one belonging to Galarian Slowbro and the other to Urshifu. Galarian Slowbro's Ability is Quick Draw, an ability that works similar to the Quick Claw Item that helps slower Pokemon randomly go first on occasions during a battle.And Urshifu's Ability is Unseen Fist, an ability that sees Urshifu's attacks always hit an opponent even if they try to protect themselves with a move like Portect or Detect.

Comments for What New Abilities Are There?