How To Get Gigantamax Pikachu?

Pokemon Sword and Shield Walkthrough and Guide by warrior13
Last Updated: Nov 20th, 2019
SWIT
Add Stuff / Ask Questions
Home Guides Pokemon Sword and Shield
Thank you for printing this page from www.SuperCheats.com.Remember to come back to check for updates to this guide and much more content for Pokemon Sword and Shield
Print this pageMore Guides
Next Page
How To Get Gigantamax Eevee?
Previous Page
How To Get Mew?
Pikachu is one of only twenty-seven Pokemon that have a Gigantamax Form in Pokemon Sword & Shield. However, unlike other Gigantamax Forms that are obtained by catching that specific Pokemon from a Max Raid Battle, Gigantamax Pikachu is obtained in a special method. In order to receive Gigantamax Pikachu, you must have a Let's Go Pikachu Save File on the Nintendo Switch you are playing Pokemon Sword or Pokemon Shield on. If you do, you will have the ability to receive a special Pikachu (one that cannot evolve) that will have the ability to be Gigantamaxed during battle. 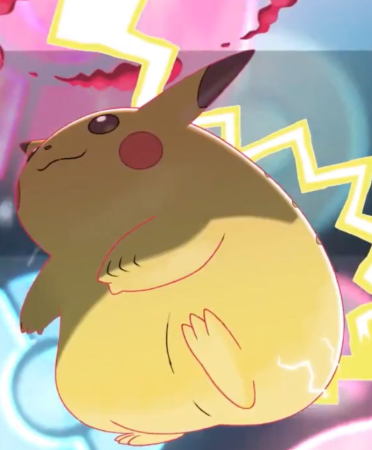 If you have a Save Data for Let's Go Pikachu on the same Nintendo Switch you are playing Pokemon Sword & Shield, you will receive a special Pikachu from a man and his children within the Meetup Spot in the Wild Area. This Pikachu will come at Level 10 and, as mentioned, has the ability to Gigantamax when in battles that allow it. However, it cannot be a Shiny Pokemon and it cannot evolve.
Next Page
How To Get Gigantamax Eevee?
Previous Page
How To Get Mew?
Top of
Guide
Guide Menu
Verdict:
Very Helpful OK Not Useful

Comments for How To Get Gigantamax Pikachu?