What New Gift Pokemon Are There? 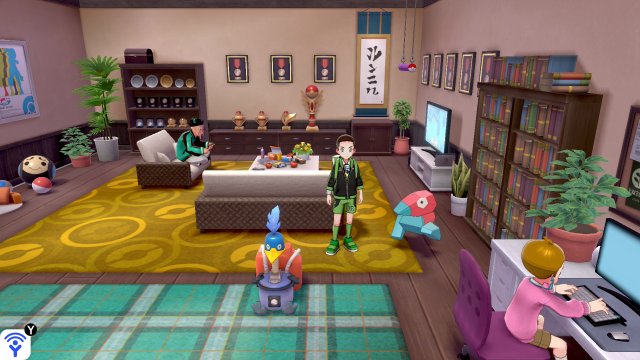 Much like Pokemon Sword & Shield and all Mainstream Pokemon Games that came before it, the Isle of Armor has a number of Gift Pokemon for players to obtain. These Pokemon come at not cost to trainers - some do, however, have certain requirements that must be met - and a few have special traits to them. Unfortunately, the number of Gift Pokemon in these games is quite few, so trainers will need to take full advantage of them while they can.

Isle of Armor Gift Pokemon
Gigantamax Kanto Starter: After defeating Mustard's first Trial, Honey will gift you with your choice of either Bulbasaur or Squirtle. Both of these Kanto Starters come at Level 5, and each will have their Gigantamax Form in battle once fully evolved.

Kubfu: After defeating all three of Mustard's Trials, he will gift you with the Legendary Pokemon Kubfu. Because it will be receive at Level 10, you will need to a lot of exploring and Training With Kubfu in order to eventually be able to take on the Tower of Two Fists with it so it can evolve into Urshifu.

Porygon: After defeating all three of Mustard's Trials, Hyde will gift you with the Porygon found near him. It will come at Level 10, and you will need to find the Dubious Disc and Up-Grade within the Isle of Armor in order to eventually evolve it twice.

Comments for What New Gift Pokemon Are There?