How To Easily Defeat Klara? 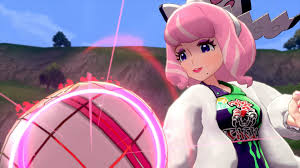 Pokemon Trainer Klara is one of the few trainers you will actually battle when on the Isle of Armor (Pokemon Sword). Actually, you will battle Klara at three different times during the Main Story. Your first battle against Klara will take place immediately after you arrive on the Isle of Armor, since she will want to see if you are indeed strong enough to train at the Master Dojo. Klara will own only two Pokemon in this battle, Venipede and Galarian Slowpoke, making her pretty easy to defeat in your first Encounter regardless of what Pokemon you own. Your second battle against Klara will take place in Warm Up Tunnel, with her now owning Galarian Slowpoke, Koffing and Whirlipede. She should again be easy to defeat, especially since her final two Pokemon are weak to Psychic Type Attacks.

Your third battle against Klara is where she will actually be pretty difficult to defeat, but you must do so in order to complete your third Trial given to you by Mustard. In this battle, Klara will own a Skorupi, Galarian Weezing, Whirlipede and Galarian Slowbro (which she will Dyanamax). Again, Klara continues to be especially weak against Psychic Type Pokemon & Attacks, with three of her Pokemon being especially weak against them.

After defeating the Isle of Armor Story, you can challenge Klara again with her best team yet. This time, all of her Pokemon are at Level 65 or above and she has evolved her Skorupi in Drapion and her Whirlipede into Scolipede. Psychic Type Pokemon & Attacks will continue to have the advantage over her Galarian Weezing and Scolipede, but they will be completely ineffective against her Drapion. That's why it would be wise to have a Ground Type Pokemon on your team as well, since Drapion and Galarian Slowbro are weak against those types of Pokemon & Attacks.

Next Page
How To Easily Defeat Avery?
Previous Page
How To Get Both Gigantamax Urshifu?
Top of
Guide
Guide Menu
Verdict:
Very Helpful OK Not Useful

Comments for How To Easily Defeat Klara?