How To Defeat Shielbert In Tournament? 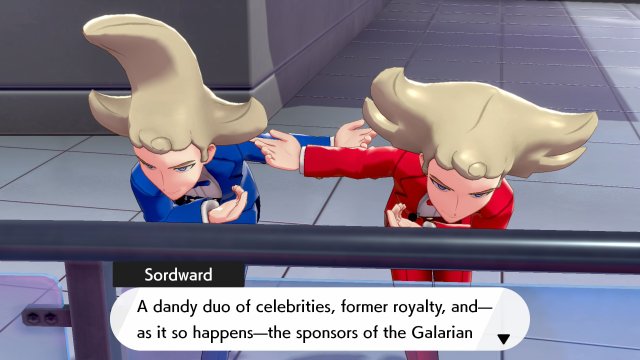 When challenging the Galarian Star Tournament, you will eventually have the choice between seventeen different trainers to Pair with or face off against. No matter whether you pair with them or they oppose you, their Pokemon teams will never change. One of these seventeen trainers is none other than Shielbert (after defeating the Galarian Star Tournament with each of the other trainers), the former royal of The Galar Region, and he will always bring into battle Level 65 Sirfetch'd, Level 65 Bronzong and Level 65 Klinklang.

No matter what Pokemon you use, it would be smart to have higher leveled Pokemon when facing the Galarian Star Tournament. Even though Shielbert doesn't specialize in using any one Pokemon Type, his Sirfetch'd is weak against Flying Type Moves and his Bronzong and Klinklang is weak against Fire Type Moves. With all of that said, however, it really doesn't matter what Pokemon you use as long as they are at incredibly high levels. As long as your Pokemon aren't weak to certain other Pokemon Attacks, a Level 90-100 Pokemon will usually handle any Level 65 Pokemon with ease.

Next Page
What Is The Wild Area?
Previous Page
How To Defeat Sordward In Tournament?
Top of
Guide
Guide Menu
Verdict:
Very Helpful OK Not Useful

Comments for How To Defeat Shielbert In Tournament?