How To Get Charizard?

Pokemon Sword and Shield Walkthrough and Guide by warrior13
Last Updated: Nov 20th, 2019
SWIT
Add Stuff / Ask Questions
Home Guides Pokemon Sword and Shield
Thank you for printing this page from www.SuperCheats.com.Remember to come back to check for updates to this guide and much more content for Pokemon Sword and Shield
Print this pageMore Guides
Next Page
How To Get Mew?
Previous Page
Where Is The Pokemon Daycare?
Since Pokemon first was created, Charizard has been one of the most popular and desired Pokemon in existence. It seems that with every New Pokemon Game, players both new and old want to capture it during their journey and use it as a member of their Party on their way to becoming the Champion of a Region. In Pokemon Sword & Shield, players can once again find and catch Charizard during the Main Story. 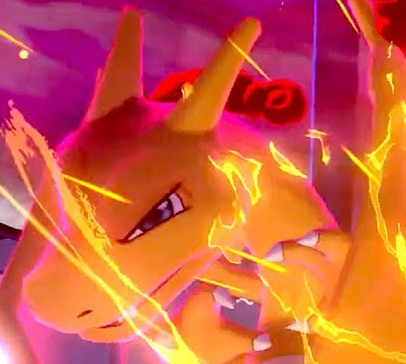 In addition to finding the Charizard Evolution Chain in the Lake Outrage Max Raid Battles, players can also obtain Charmander as a Gift Pokemon after completing the Main Story. Like the ones found in Max Raid Battles, this Charmander will be able to Gigantamax when in battles that allow it once it has fully evolved into Charizard. This Charmander Gift Pokemon can be found in Leon's room within their family house in Postwick.
Next Page
How To Get Mew?
Previous Page
Where Is The Pokemon Daycare?
Top of
Guide
Guide Menu
Verdict:
Very Helpful OK Not Useful

Comments for How To Get Charizard?