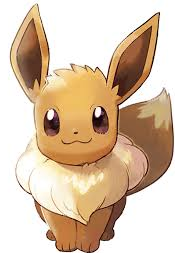 If Eevee is only to received one new evolution like it did within the 6th Generation, most people believe that its Eeveelution will be a Dragon Type Pokemon. Many individuals feel this way because it would correspond to Sylveon being a Fairy Type Pokemon. Outside of the 6th Generation, all the other Generations of Eeveeultions have countered each other's typing: Umbreon had the upper hand over Espeon since Psychic Types are weak to Dark Types; Glaceon had the advantage over Leafeon since Ice Types are super effective against Grass Types; and Flareon, Jolteon, and Vaporeon all cancel each other out based on their types. With this same thinking, Syvelon would have a one-up over the believed Dragon Type Eeveelution. (A Dragon Type Eeveelution would also make sense if Pokemon Sword & Shield do indeed have a medieval theme.) However, if Eevee were to receive two brand new evolutions like it did in both the 2nd and 4th Generations of Pokemon, the common belief is that these two Eeveelutions will be Fighting Type and Steel Type. This is based on the names of the games, with the Fighting Type Eeveelution being exclusive to Pokemon Sword and the Steel Type Eeveelution only being found in Pokemon Shield. It would only make sense if things turn out this way, as you can't find two types of Pokemon that match more to the names of these 8th Generation Games.