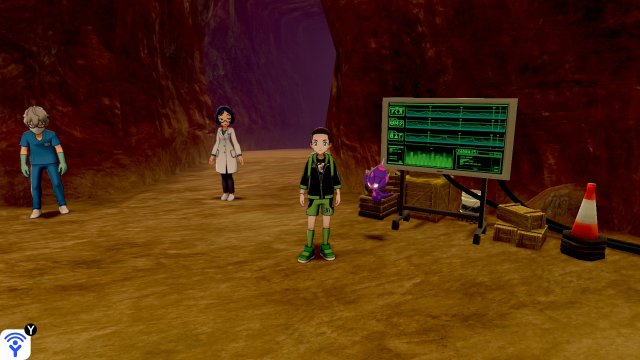 After you have completed all three of Peony's Adventures, officially finishing the Crown Tundra Story, and have completed five different Dynamax Adventures that saw you capture one of the Alola Region Ultra Beasts (Nihilego, Buzzwole, Pheromosa, Xurkitree, Celesteela, Kartana, Guzzlord, Stakataka, Blacephalon), a Poipole will appear in the Max Liar. The scientist that runs the Dynamax Adventures will tell you that she hasn't been able to keep hold of the Ultra Beast, asking if you will take care of it instead. Poipole evolves into Naganadel, and this is the only method of obtaining either within the Crown Tundra.

Click Here To Learn How To Get Cosmog!
Next Page
How Do Pokemon Gyms Work?
Previous Page
How To Get Keldeo?
Top of
Guide
Guide Menu
Verdict:
Very Helpful OK Not Useful

Comments for How To Get Poipole?