How To Get The Mark Charm? 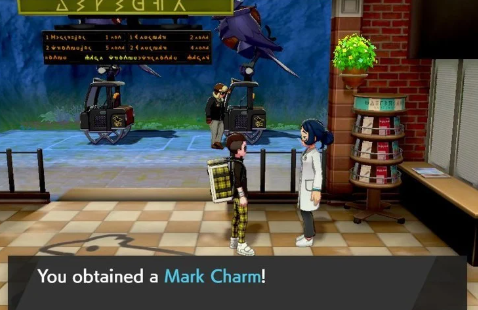 The Max Charm is one item that was revealed when the Isle of Armor was first announced. Instead, it is one of the very few things that were a surprise for players to discover when playing. The Mark Charm is different from previous Charm Items in that it increases the chances of Wild Pokemon that are captured having special Marks.

If you don't recall, Marks are randomly found on Wild Pokemon. Though they don't bring along any competitive advantage, they are very rare on any Pokemon (sort of like how Shiny Pokemon are extremely uncommon but have no special differences). Marks are similar to Ribbons in that they appear on the status screen of a Pokemon's Profile Page. Just like ribbons, players have the ability to attach marks to the Pokemon that has them. When sent into battle, Pokemon with assigned marks will have a special tagline said indicative to the Pokemon Mark.

Comments for How To Get The Mark Charm?