How To Check A Pokemon's Effort Values?

Pokemon Sword and Shield Walkthrough and Guide by warrior13
Added: Dec 19th, 2019
SWIT
Add Stuff / Ask Questions
Home Guides Pokemon Sword and Shield
Thank you for printing this page from www.SuperCheats.com.Remember to come back to check for updates to this guide and much more content for Pokemon Sword and Shield
Print this pageMore Guides
Next Page
Best Ways To Gain Effort Values?
Previous Page
How To Get Each Gigantamax Form?
Since Effort Values were first incorporated into the Stats System found within the Mainstream Pokemon Games, they have been quite difficult to keep track of. Initially, players would have to literally keep a written record of their Pokemon's Effort Values as they trained them. The Pokemon Company eventually added a character within each game that would tell you if your Pokemon had maxed out it's Effort Values, and though this also exists in Pokemon Sword & Shield with that same character found within Hammerlocke, it doesn't actually help players know what Stat has what number of Effort Values. 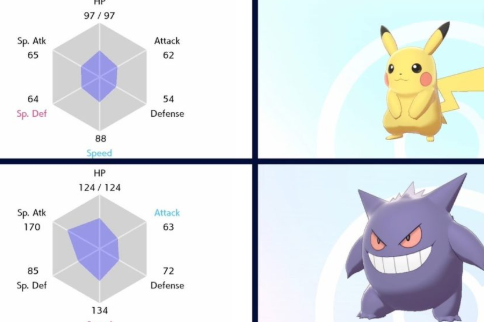 But now, players can get a better sense of their Pokemon's Effort Values simply by visiting their Pokemon's Summary Page. By viewing a Pokemon Stats and then pressing the X Button, the Pokemon's Effort Values will be shown (as well as their current stats). If this second chart is the color Dark Yellow, then there is still EV Training that can be done for that given Pokemon Stat. But if it's the color Blue, this means that given Stat is complete maxed out in terms of Effort Values.

Comments for How To Check A Pokemon's Effort Values?