How To Easily Defeat Peony?

Pokemon Sword and Shield Walkthrough and Guide by warrior13
Last Updated: Oct 31st, 2020
SWIT
Add Stuff / Ask Questions
Home Guides Pokemon Sword and Shield
Thank you for printing this page from www.SuperCheats.com.Remember to come back to check for updates to this guide and much more content for Pokemon Sword and Shield
Print this pageMore Guides
Next Page
Can You Find Victini In The Crown Tundra?
Previous Page
Which Calyrex Form Is Best?
Believe it or not, there is only one trainer in the entire Crown Tundra that you will battle. Oddly enough, that trainer will be Peony, that same person that will be guiding you on your adventures through the new lower portion of The Galar Region. Your first battle with him will take immediately after you arrive to the Crown Tundra, as you look to help out his daughter with the argument they are having. In this battle, Peony will only own Level 70 Copperajah and Level 70 Aggron. Even though Peony is especially weak against Fire Types, Ground Types and Fighting Types, it's pretty easy to defeat him regardless of the Pokemon you choose since he only owns two. 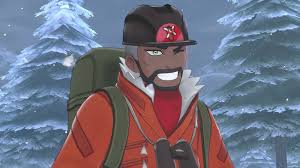 From there, you won't be able to battle him again until after you have finished all three of of his adventures and have concluded the main Crown Tundra Story. After doing so, however, you will be able to battle Peony on a daily basis in the Max Liar. In these battles, he will own Perserker, Scizor, Aggron and Cooperjah (all at either Level 73 or Level 74). Since he still specializes in Steel Type Pokemon, he continues to be against Fire Types, Ground Types and Fighting Types.
Next Page
Can You Find Victini In The Crown Tundra?
Previous Page
Which Calyrex Form Is Best?
Top of
Guide
Guide Menu
Verdict:
Very Helpful OK Not Useful

Comments for How To Easily Defeat Peony?