How To Defeat Leon In Cup Rematch? 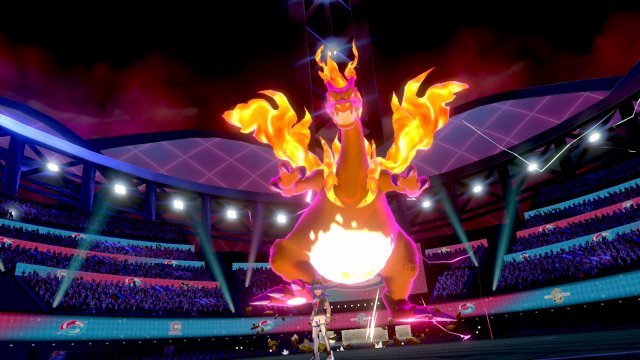 After defeating him at the Battle Tower, Leon will join the list of participants you can face when rematching the Champion Cup. Leon continues to have a balanced Pokemon Team of varying types, using a team similar to that of the one he had when you faced him to become the next Galar Region Champion. Depending on what Starter Pokemon you chose, Leon's team will vary during this battle.

He will use Aegislash, Dragapult, Seismitoad/Mr. Rime/Rhyperior, Rillaboom/Cinderace/Inteleon, and Charizard when in battle. All of Leon's Pokemon will be between Levels 68-70 (making his team one of the toughest in The Galar Region), and he'll always Gigantamax his Charizard. Because of this, you will need a couple of different Pokemon to make defeating Leon easier: a Dark Type for his Aegislash and Dragapult, your Starter Pokemon for his Seismitoad/Mr. Rime/Rhyperior, a Pokemon of the opposite type of your Starter Pokemon for Leon's Starter, and a Rock Type or Water Type for his Gigantamax Charizard.

After defeating both the Isle of Armor and Crown Tundra DLC Packages, Leon's Champion Cup Rematch Pokemon Team will have changed slightly. All of his Pokemon will now be at higher levels.
Next Page
What Is The Galarian Star Tournament?
Previous Page
How To Defeat Hop In Cup Rematch?
Top of
Guide
Guide Menu
Verdict:
Very Helpful OK Not Useful

Comments for How To Defeat Leon In Cup Rematch?