How To Easily Defeat Honey? 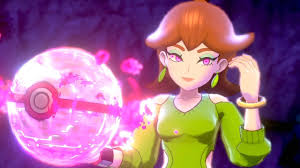 When you first begin training at the Master Dojo on the Isle of Armor, Honey will mention to you that the Dojo is pretty basic at this point in time. She will offer to make upgrades around the Dojo, but she will need you to generously donate your Watts in order for her to do so. After giving a certain amount of Watts, Honey will attempt to bring strong trainers from other regions to the Dojo. Unfortunately, she won't be able to do so. Instead, she will allow you to battle against her.

Honey's Pokemon Team consists of Blissery, Gallade, Salazzle, Galarian Darmantian, Togekiss and Blastoise/Venusaur (which, again, she will always Gigantamax). Her Team is pretty balanced in terms of typings, meaning it will take a number of different Pokemons to defeat her. A Steel Type Pokemon should take care of both her Galarian Darmanitan and Togekiss, while a Fighting Type should handle her Blissey with ease. Her Salazzle is extremely frail against Ground Type Pokemon & Attacks, while her Gallade Flying Types and Fairy Types. Her Gigantamax Blastoise/Venusaur will easily be the toughest Pokemon for you to defeat, but if you chose Bulbsaur originally from her, you will have the advantage should you be bringing it into battle with you here. If you didn't, her Vensaur hates Fire Types, Ice Types, Flying Types and Psychic Types.
Next Page
How To Find All 150 Diglett?
Previous Page
How To Easily Defeat Mustard?
Top of
Guide
Guide Menu
Verdict:
Very Helpful OK Not Useful

Comments for How To Easily Defeat Honey?