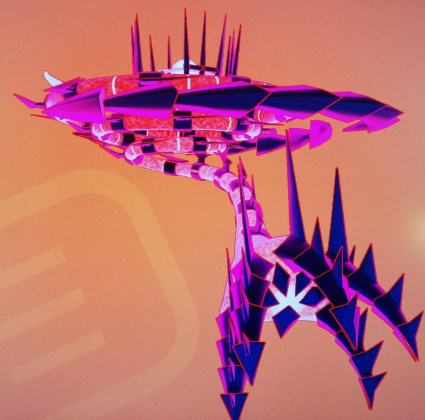 Less than two weeks before Pokemon Sword & Shield were to hit the market worldwide - even though the Pokemon Company had done its best to keep things on the down low in hopes of trainers being surprised while playing - The Galar Region Legendary were leaked! Furthermore, each will have alternate forms!

Zacian, the Cover Legend of Pokemon Sword, will be a Pure Fairy Type in its natural state. This form sees it not adorning its sword weapon within its mouth. It's not until Zacian is in its Alternate Form when it earns its weapon, as well as gains its Dual Fairy/Steel Typings.

Zamazenta, the Cover Legend of Pokemon Shield, will be a Pure Fighting Type in its natural state. This form sees it not adorning its shield weapon across its body. It's not until Zamazenta is in its Alternate Form when it earns its weapon, as well as gains its Dual Fighting/Steel Typings.

Eternatus, the final piece of the Legendary Trio pictured above, is a Dual Poison/Dragon Type Pokemon. It is said to be quite evil compared to Zacian and Zamazenta, and it, too, has an alternate form.
Next Page
Meltan Storyline Rumors
Previous Page
Final Legendary Trio Pokemon Rumors
Top of
Guide
Guide Menu
Verdict:
Very Helpful OK Not Useful
Anything missing from this guide?
ASK A QUESTION for Pokemon Sword and Shield