Pokemon Sword and Shield Walkthrough and Guide by warrior13
Added: Jun 15th, 2019
SWIT
Add Stuff / Ask Questions
Home Guides Pokemon Sword and Shield
Thank you for printing this page from www.SuperCheats.com.Remember to come back to check for updates to this guide and much more content for Pokemon Sword and Shield
Print this pageMore Guides
Next Page
First Evolution Chain: Gossifleur/Eldegoss
Previous Page
Antagonist Group: Team Yell
During the June 2019 Pokemon Direct, a number of brand New Pokemon were revealed that will make their debut in Pokemon Sword & Shield. Two of these Pokemon were Wooloo and Drednaw. Wooloo is a Normal Type Pokemon that resembles a sheep, having the Abilities of Fluffy and Run Away. Most likely, Wooloo will have at least one evolution. As for Drednaw, it is a Water/Rock Type Pokemon that resembles a prehistoric tortoise. It has the abilities of Strong Jaw and Shell Armor, and it has the look of a Pre-Evolution Pokemon that could eventually turn in a Dragon Type (though that has not been confirmed). 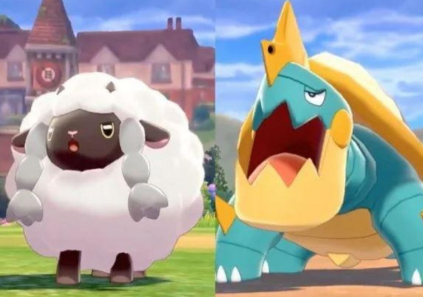