Who Are Klara & Avery? 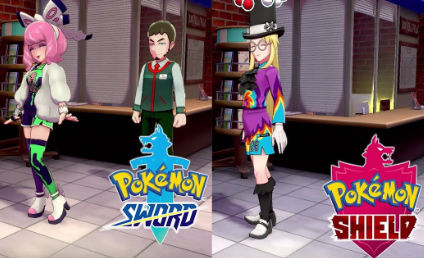 Within the Isle of Armor, there are three main characters you will constantly have contact with during the Main Story. One of those characters happens to be either Klara (Pokemon Sword) or Avery (Pokemon Shield). Both Klara and Avery have aspirations of becoming a Galar Region Gym Leader, but, for now, they are training at the Master Dojo on the Isle of Armor. Their goal is to first become a Master Student at the Dojo, and they have been assigned with show you the way to the Master Dojo.

Unfortunately, both Klara and Avery will become insecure after they lose to your player in a battle after you first arrive on the Isle of Armor. They will even go so far to tell you that you should leave the island since you aren't strong enough to train at the Dojo, lying Honey, the Dojo Matron, that your player chose to leave the island for some reason (even though you don't actually do such a thing).

Once you have defeated the Crown Tundra Story, you will unlock the Galarian Star Tournament, where both Klara and Avery will be participants. Furthermore, their teams for Daily Battles on the Isle of Armor will change slightly once you complete the Crown Tundra.

Next Page
Who Is Honey?
Previous Page
What Is The League Card Album?
Top of
Guide
Guide Menu
Verdict:
Very Helpful OK Not Useful
Anything missing from this guide?
ASK A QUESTION for Pokemon Sword and Shield

Comments for Who Are Klara & Avery?