How To Defeat Gym Leader Allister? 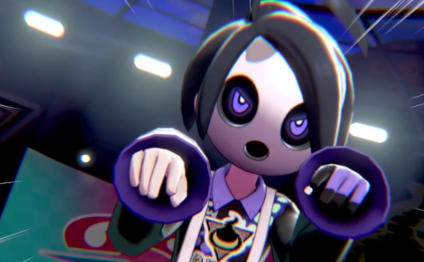 Since Allister is the fourth Pokemon Gym Leader found in Pokemon Shield, he will definitely give players a run for their Money when in battle. Outside of only his Yamask, all of Allister's other Pokemon will be fully evolved when you challenge his Pokemon Gym. If that's not difficult enough, he will be the first Gym Leader to battle with four Pokemon. Thankfully, Allister can be much more manageable to defeat should you make smart decisions before facing him. For one, if you select Grookey or Sobble as your Starter Pokemon, Allister is much easier to handle. This is because both Grookey's and Sobble's Evolution Chain actually learn a Dark Type Attack during their normal Leveling Up Process, and Allister's Ghost Type Pokemon are extremely weak to Dark Type Moves.

However, even if you don't select Grookey or Sobble to journey through The Galar Region with, Allister can still be handled if you make the correct choices leading up to her Pokemon Gym. One thing you can do in this case is capture Galarian Zigzagoon in any of the routes prior to arriving in Stow-on-Side. Galarian Zigzagoon learns plenty of Dark Type Attacks as they Level Up and Evolve, and, again, Allister's Pokemon are incredibly weak to these type of moves in battle.

But should you not want to start with Grookey/Sobble or capture Galarian Zigzagoon in preparations to facing Allister, like all Pokemon Gyms you don't actually have to in order to defeat him. Allister's four Pokemon will all be below Level 40, so one could, honestly, train all of their Pokemon to Level 40 or Level 45 and still defeat him. This is incredibly simple to do if you participate in plenty of Max Raid Battles in the Wild Area and stock up on EXP Candy when you do.

Comments for How To Defeat Gym Leader Allister?