Where To Find The Name Rater? 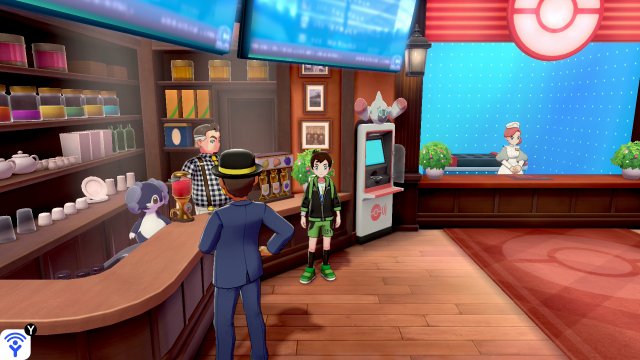 Within every single Pokemon Center in The Galar Region, you will find the Name Rater behind the far left counter. Like previous Mainstream Pokemon Games, he will allow you to change the name of any Pokemon you have previously captured, whether they have a nickname already or not. However, unlike past Pokemon Games, the Name Rater will now allow you to nickname Pokemon you have received from other trainers as long as they don't already have a nickname.
Next Page
Where To Find The Happiness Checker?
Previous Page
Where Are The Move Tutors?
Top of
Guide
Guide Menu
Verdict:
Very Helpful OK Not Useful

Hey. I live in Brasil and I don't have switch online. I've already caught 350 pokemons for my pokedex. There are missing 50 that I can't catch cause..
Where to get mints?
Where can you get rare candy?
Anything missing from this guide?
ASK A QUESTION for Pokemon Sword and Shield

Comments for Where To Find The Name Rater?