How To Easily Defeat Avery? 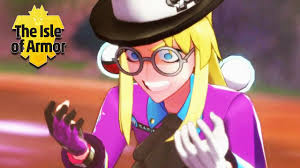 Pokemon Trainer Avery is one of the few trainers you will actually battle when on the Isle of Armor (Pokemon Shield). Actually, you will battle Avery at three different times during the Main Story. Your first battle against Avery will take place immediately after you arrive on the Isle of Armor, since he will want to see if you are indeed strong enough to train at the Master Dojo. Avery will own only two Pokemon in this battle, Abra and Galarian Slowpoke, making him pretty easy to defeat in your first Encounter regardless of what Pokemon you own. Your second battle against Avery will take place in Warm Up Tunnel, with him now owning Galarian Slowpoke, Woobat and Kadabra. He should again be easy to defeat, especially since all of his Pokemon are weak against Dark Type & Ghost Type Attacks.

Your third battle against Avery is where he will actually be pretty difficult to defeat, but you must do so in order to complete your third Trial given to you by Mustard. In this battle, Avery will own a Galarian Ponyta, Swoobat, Kadabra and Galarian Slowbro (which he will Dyanamax). Again, Avery continues to be especially weak against Ghost Type Pokemon & Attacks, with all of his Pokemon being especially weak against them. He also struggles against Dark Type Pokemon & Attacks as well.

Comments for How To Easily Defeat Avery?