Pokemon Sword and Shield Walkthrough and Guide by warrior13
Last Updated: Jun 15th, 2019
SWIT
Add Stuff / Ask Questions
Home Guides Pokemon Sword and Shield
Thank you for printing this page from www.SuperCheats.com.Remember to come back to check for updates to this guide and much more content for Pokemon Sword and Shield
Print this pageMore Guides
Next Page
Alcremie, Rolycoly & Duraludon
Previous Page
A Hidden New Pokemon?
During the 2019 Nintendo E3 Direct, a number of brand New Pokemon, Characters and Concepts were revealed for Pokemon Sword & Shield. Two of these new Pokemon are none other than Yamper and Impidimp. Yamper is an Electric Type Pokemon that resembles a dog, and it has the brand new ability of Ball Fetch (where it will fetch the Poké Ball from the first failed throw of a Wild battle if it is not holding an item). Impidimp is a Dark / Fairy Type Pokemon that resembles a gremlin of sorts; however, it's ability wasn't revealed at the time it was first shown. 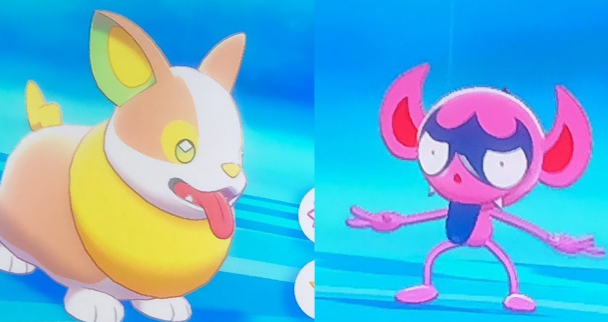