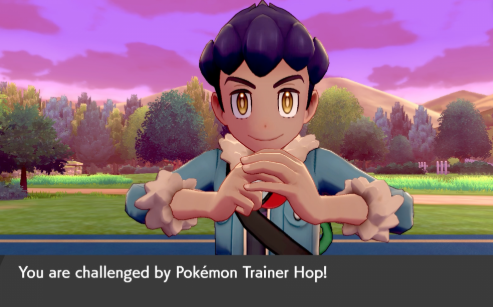 The day after receiving your Starter Pokemon, Leon will suggest both you and Hop battle each other for your first official match. Unlike previous Mainstream Pokemon Games, Hop will have two Pokemon in your first battle with him since he already owned a Wooloo before receiving his Starter Pokemon. But it's actually a blessing in disguise for Hop to have it, because your Starter will actually level up after defeating his Wooloo. And when it does, it will learn an Attack that Hop's Starter Pokemon will be extremely weak against.