What Is The Galar Region?

Pokemon Sword and Shield Walkthrough and Guide by warrior13
Last Updated: Jan 3rd, 2020
SWIT
Add Stuff / Ask Questions
Home Guides Pokemon Sword and Shield
Thank you for printing this page from www.SuperCheats.com.Remember to come back to check for updates to this guide and much more content for Pokemon Sword and Shield
Print this pageMore Guides
Next Page
What Are The Starter Pokemon Evolutions?
Previous Page
Max Liar Peony Battle
The Galar Region is where both Pokemon Sword & Shield take place, being based upon the real world location of Britain. In the Galar Region, there is vast Wild Area between many of the larger cities, the same that many are connected by a train system. In the Wild Area, Pokemon of all sorts roam free. Pokemon Dens that are home to Max Raid Battles are also found in the Wild Area, and players can connect to one another in this same area with internet connection. The Galar Region is home to 81 Brand New Pokemon and 400 Pokemon as a whole, though you will need both versions of the game in order to obtain all of them (as well as older Mainstream Pokemon Games and Pokemon HOME to obtain the additional 35 Pokemon that are also coded in the game via transfer). Like most other regions, there are eight Pokemon Gyms and Gym Leaders to defeat during journey, except they are completed in a Stadium Atmosphere. After defeating all eight Pokemon Gyms, a trainer enters Champion Cup instead of battling an Elite Four as in other regions. In this tournament, players will face other Main Characters and Gym Leaders on their way to challenging the for the Galar Region Championship. 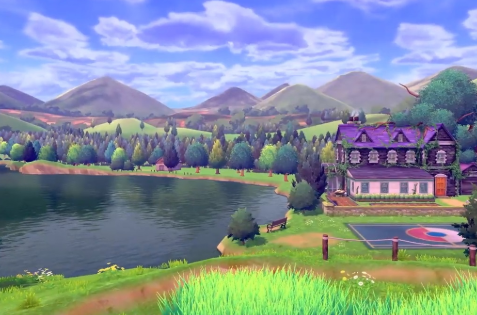 Along the way, trainers will have to deal with Team Yell causing mischief in order to help another trainer, Marnie, become the next Galar Region Champion. A trainer will also have keep an eye on Chairman Rose and his company Macro Cosmos as they advance through the adventure. Once the Main Story has been completed, a Battle Tower will also be created in The Galar Region.

Comments for What Is The Galar Region?