How To Get Galarian Moltres? 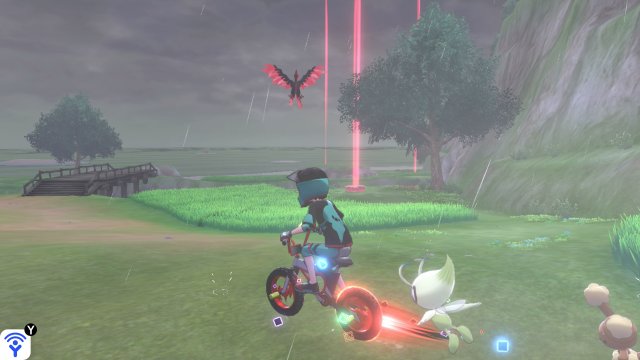 Players will have the opportunity to find and capture Galarian Moltres while undertaking Peony's Legendary Clue #3, the same he calls A Legendary Tree Of A Legendary Three, which focuses around the Galarian Legendary Bird Trio. At the far southern tip of the Crown Tundra is Dyna Tree Hill, home to a giant red Dynamax Tree. As you arrive to said tree, you will see Galarian Articuno, Galarian Zapdos and Galarian Moltres, with the three quickly attacking each other. However, just as they begin to battle, the three will notice your trainer and then disperse in different directions.

Galarian Moltres will be at Level 70, knowing the moves Fiery Wrath, Hurricane, Sucker Punch, and Nasty Plot. Since Galarian Moltres isn't the strongest Pokemon in the Crown Tundra, it is recommended not to use your Master Ball on it. Instead, stick to using Ultra Balls. Galarian Moltres can be weakened for easier captures by lowering its HP and paralyzing it.

How do you get the rusted sword in Pokemon shield
Why do people trade their shiny legendaries? I have none and it angers me a lot since I'm shiny hunting Moltres?
How do I 'inspect cartographers conundrum'?
How to get cheat codes
How to get nature mints?
How do you collect the spot by the meet up spot
How to get infinte master balls
Anything missing from this guide?
ASK A QUESTION for Pokemon Sword and Shield

Comments for How To Get Galarian Moltres?